Deadlifts: What Muscles Are Working? A Complete Guide Deadlifts — coaches will argue that maybe one other exercise besides the deadlift (back squats) can compete for the title of ‘king of all exercises’.

A lot of people call the deadlift their ‘desert island’ movement: the exercise they’d choose to do every day for the rest of your life if they were trapped on a desert island and could only do one.

While the latter is an odd scenario that generates questions (how did the barbell get on the island?), you get the point.

Deadlifts are a big deal.

They’re revered by coaches and appear in all realms of fitness. The truth is, they may be the best strength exercise you can do.

Among their benefits, deadlifts make you stronger and help add muscle to your frame. Improving your deadlift also carries over to other sports and areas of fitness.

There’s a lot to cover regarding deadlifts and muscle groups. Let’s break it all down.

What Is A Deadlift?

Describing a deadlift is easy: pick something heavy up off the ground. Don’t hurt yourself doing it. There, done.

Maybe there’s a bit more to it. In terms of exercise, deadlifts are as functional as it gets. Simply put, you’re developing the muscles needed to pick up something heavy off the ground.

In doing so, you’re relying on your legs to provide force, your spine to provide stability, and your arms to act as levers to move the weight.

It is the quintessential full-body, compound exercise.

The deadlift spans all fitness realms: it’s one of nine foundational CrossFit exercises, one of three powerlifts, ubiquitous in Strongman, and even finds a place in Olympic weightlifting programs.

What Muscles Are Worked Doing A Deadlift?

The short, short answer: every muscle is worked during a deadlift. A heavy deadlift will strengthen muscles from the feet to neck, and everything in between.

But, here’s a more specific breakdown.

These muscles are active during the pull from the floor to a lockout. They are all responsible for generating the force necessary to make a successful lift.

There’s no real argument to be made that other muscle groups must work in support, too.

For example, power is transferred through the arms and shoulders during the pull.

Even if your lower body is doing a lot of the work, every muscle group has to chip in a little.

Performed correctly, the deadlift strengthens the major muscle groups in the body. There are also other benefits to doing them, too.

They transfer to every area of fitness.

Deadlifts help you be less injury prone, develop a stronger grip, improve posture, and can even potentially increase hormones that help you grow.

This might help you see see why the deadlift was originally called the “health lift”.

Deadlifts are good for more than just getting strong, too. High rep deadlifts help you develop muscular endurance and cardio, for example. Renowned strength coaches like Eric Cressey even use deadlifts for speed training.

Given the simplicity of a deadlift, there are a few variations of the exercise to cover.

To perform a standard deadlift, line up with your feet under the bar (never behind it). Feet are shoulder width apart.

Remember this little nugget: the closer you are to an object you’re picking up off the floor, the stronger you’ll be. #physics.

As you see in the video, the athlete has a straight back. This is imperative and prevents injuries. One easy cue to remember is “proud chest”.

When you push your chest through, your spine naturally sets up in a position that keeps it safe. Maintain this the whole time.

For grip placement, place your hands on the bar as close together as possible but still outside of your knees.

In fact, the inside of your elbow should be touching the outside of your knee or calf. A wider grip will feel awkward and prevent you from picking up as much weight.

Pull the bar off the ground, driving through your heels. As the bar passes your knee, think “sit back”, and pull it to a lock out. At the top, squeeze your glutes to ensure your hips open all the way.

Rack pulls are good for training the “finish” of the deadlift. You’ll see in the next section on sticking points that this is useful.

All the same rules apply as a standard deadlift, only you set the pins in the rack to about 12 to 18 inches before your lockout.

Rack pulls are especially good for developing your traps, shoulders, and upper back muscles.

In CrossFit and powerlifting, you will sometimes see a variation of the standard deadlift called a “sumo deadlift”.

The major difference between a standard and sumo deadlift is your feet and hand position is reversed.

Your hands line up on the edge of the knurling on the inside (hopefully your barbell has good knurling), and your feet start out wider.

Sumo deadlifts make the glutes work more than a traditional deadlift. Many powerlifters can deadlift much more sumo-style.

This is because the glutes work harder and the bar has to travel a shorter distance to lockout.

The romanian deadlift or “RDL” overloads the hamstrings.

The hinge at your hip should appear almost exaggerated, as your butt kicks back further and your back is perfectly straight throughout the exercise.

You should feel the difference in your hamstrings as soon as you pick up the bar.

The key to RDLs is keeping tension in the hamstrings from top to bottom.

Some people touch between reps, but stopping an inch short of the floor ensures that your hamstrings never stop working.

You won’t (and shouldn’t) be able to do as much weight with these as a traditional deadlift. In fact, 50% of your 1RM for sets of 8-10 are perfect. RDLS are a fantastic accessory exercise for increasing your deadlift, cleans, and snatches.

As you’ll learn in the next section, many people have sticking points with their deadlifts.

The deficit deadlift is a great way to eliminate the most common sticking point, which is getting the bar off the ground to above the knee.

Two to four inches of deficit is plenty. Anymore than that will place unnecessary stress on the low back.

Seen from the side, the back will appear more horizontal with a deficit deadlift. Thus, your erectors and legs are forced to work harder.

Deficit DLs are great as accessory work or included in a larger strength program. Louie Simmons uses them in his Westside Barbell programs.

You may find with heavy deadlifts that have a “sticking point” as you approach your one rep max (the most weight you can pick up in one lift).

These are the hardest portions, and weakest positions, of the pull from the floor to a lockout.

Depending on the athlete’s experience and body type, sticking points will vary. You also may not have them at all. Still, they are common enough to mention.

There are two major “sticking points” in the deadlift. Typically, an athlete gets stuck in one of these two places:

The first one (off the ground, but still below the knee) is definitely the most common.

If you think about it, this makes sense — you have to generate a lot of force to initially move a heavy object off the floor. Deficit and high volume deadlift training will help fix this problem.

The second (past the knee, but before the lockout) is less common and a little perplexing to a coach. After all, if you can get the barbell inches away from a lockout, what’s keeping you from finishing the rep?

Still, many athletes get stuck here, which is frustrating. Use rack pulls (more below) in training to remedy this sticking point.

How Often Should You Deadlift?

Heavy deadlifts take a while to recover from. Most strength programs like 5/3/1, Westside, and Conjugate use heavy deadlifts once per week in their programming. At least to start, that’s a good guideline to follow.

In CrossFit, the deadlift should be trained at least once or twice a month. One should be heavy and the other can be high rep in a Metcon.

Competitive programming sites like MisFit and Invictus program the deadlift cyclically, meaning they’ll train it for six straight weeks and it will disappear for a cycle or two.

In this author’s opinion, this is to avoid taking away from other fitness modalities as you recover from too many heavy deadlifts.

The king of functional exercises.

The desert island movement. A preferred exercise for CrossFitters, powerlifters, Olympic lifters, and Strongmen and Strongwomen.

When it comes to developing muscles and getting stronger, there is no resistance exercise greater than the deadlift. 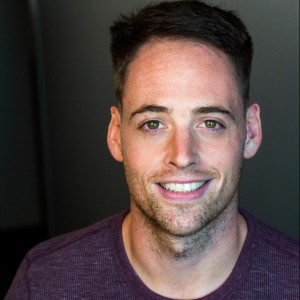